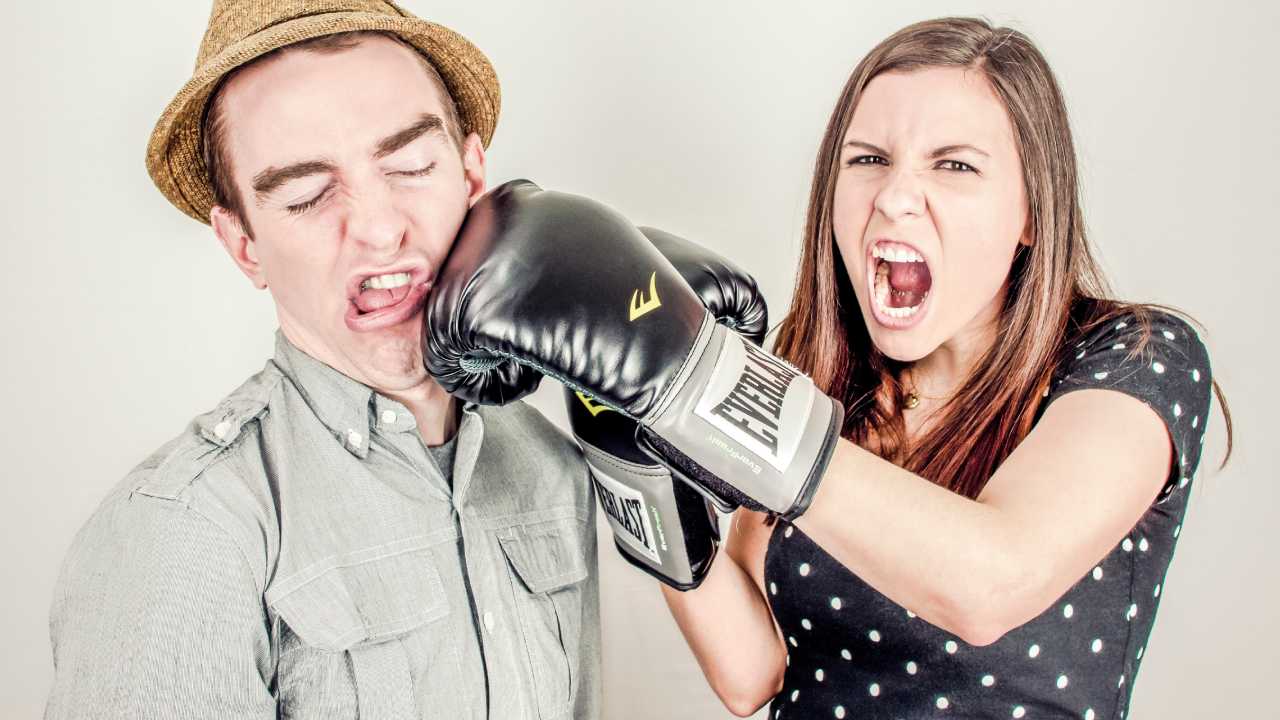 We have been living in really turbulent times. Almost every single day we can see and face aggressive behaviors. We do not accept and approve the aggression but we know that this is part of our life and it exists from the beginning of humanity. We witness and experience the aggression in almost all spheres of life, like for example streets, television, schools, work, politics, etc. Knowing that such behavior is bad and irrational, let’s try to find out what it really is and what mechanisms cause it.

According to a definition of the aggression, it is intended physical or verbal behavior causing harm or damage to another person or a behavior leading to a damaging material goods. Simple to recognize form of aggression is direct aggression in which there is a contact between two people. However, there is another form of such behavior, called indirect aggression. Example could be swearing, shouting, harsh language, scoffing at somebody or just gossiping behind someone’s back. Scientists recognize also impulsive aggression which is closely connected with our emotions or instrumental aggression which involves a detailed plan to achieve a specific goal.

Of course, we could list way more of the aggression types, depending on scientific approach we would like to take into account, as well as an impact of different conditions and environmental factors like: social background, culture or religion. We could also take a closer look at different lifestyles, psychological problems and associated with them stimulants or substances: alcohol or drugs that can lead to boosting aggression.

Nevertheless, let’s focus on more interesting question that is often asked. Is the aggression inborn or just learned behavior?

In seventeenth century, people believed that humans are bad by nature and only system of rules and laws prevent them from doing bad things. It sounds really reasonably, is not it? Similar outlook on life was presented by Freud in twentieth century. According to him aggression was an inborn instinct or drive. However, other scientists came to other conclusions based on animals’ observation. They noticed that same species of animals fight quite often but it really seldom happens that they get seriously harmed or kill each other. Humans on the other hand, have ability of planning or making tools and weapons which can cause severe pain or death. These abilities made them to believe that people can bring the aggressive behaviors to a next level and mechanism causing aggression in humans are way more complex, complicated and questionable, than in animals.

Based on these reflections, some scientists formulate a hypothesis that aggression is a defensive reaction to a frustration, and therefore it may be learned, and even reinforced with time. There was an experiment performed with children, in which they were rewarded for beating dolls. It leaded to a situation where rewarded children reproduced aggressive behaviors even after the experiment was finished. On the other hand, another group of children who were punished for beating dolls, did not show similar aggressive behaviors.

Other group of researchers prove that the frustration does not always transform into aggression. They provide us with many examples when frustrated people try to soothe a conflict or find alternative solutions instead of aggression.

This all shows that mechanism of the aggression is very complicated and there are many factors that can trigger aggressive behaviors in humans. Even today scientists around the world still have been disputing over aggression’s origin. Knowing the fact that aggression has always being a part of our life, I truly believe that it is safe to say that it is inborn as a part of our emotions, but can be either worsened or improved depending on environmental factors surrounding us.

Researchers also believe that aggressive behavior is a normal part of human’s growth. Over the time we learn how to manage our emotions, resolve different conflicts and properly channel our aggressive behaviors. This is why, it is very important to teach people from an early age healthy and positive values, and also how to deal with the stress and negative emotions to avoid deep aggression patterns in adult life.

Please remember that life-changing aggression is disorder and serious medical problem which should be treated by a specialist. The most common way to help a person in such case is psychotherapy, such as cognitive behavioral therapy (CBT).

Please join our discussion regarding the aggression in humans at www.BCtalk.ca. Please share all your experience and views on this subject with members of our discussion forum.

Everything you wanted to know about the Smoothie Diet.

Depression – A Disease of Modern Civilization.