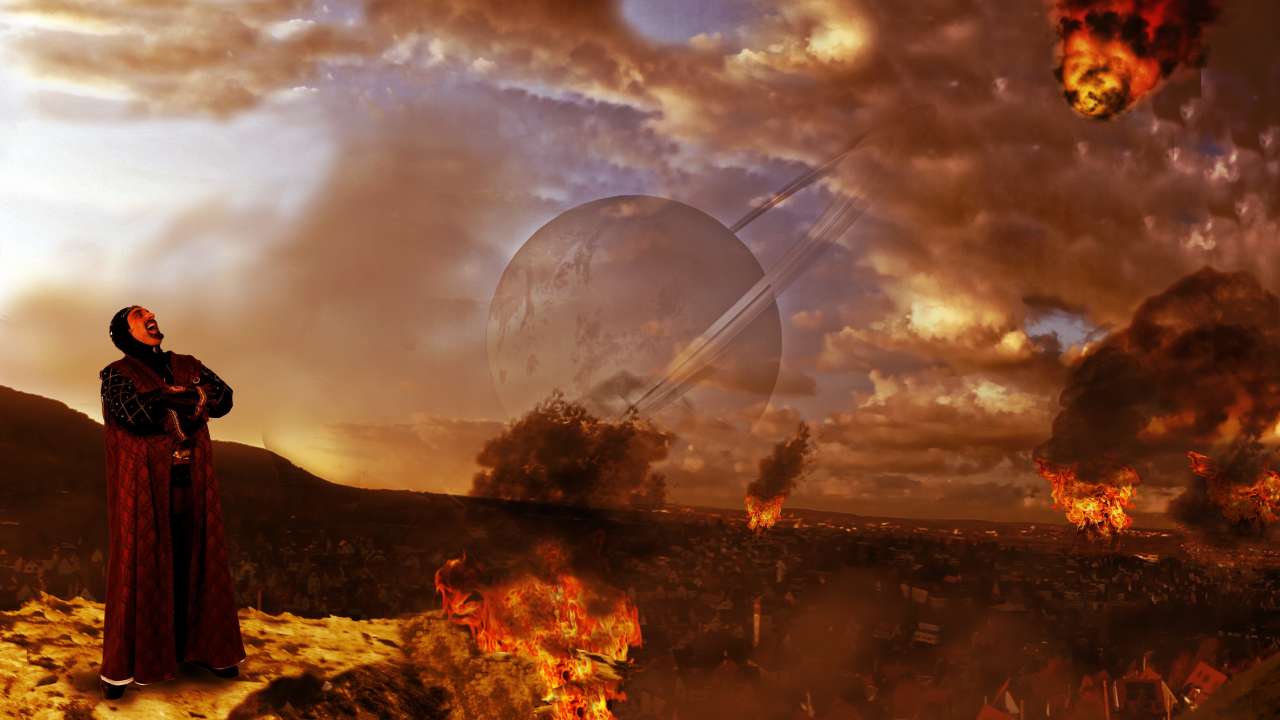 You have probably already heard the name Nostradamus, and the different stories about his prophecies. Researchers and scientists from all over the world have confirmed many times already that his prophecies are very accurate. While some people revere his prophecies, others ridicule them. Nevertheless, a number of his predictions came true and became very popular among different researchers, especially those who try to predict the end of the world.

We have been living in very difficult and dangerous times. We are stricken by wars, pandemic, poverty, hunger, drought and violet climate changes. This is why many people ask questions about a possible apocalypse and the end of the world. In many apocalyptic discussions, the name Nostradamus appears and researches try to find any indications within his prophecies that would give some insight to our current situation.

Nostradamus lived in 16th century and began his career as a physician. Even though he did not have any medical degree, he started a practice in 1539s. Soon after in about 1547 he started to make prophecies. In 1555 he published a book of prophecies titled “Centuries”. He wrote his prophecies in quatrains (meaning four lines of rhyming verses). Each set of 100 quatrains was called a century. His prophecies and predictions depicted natural disasters or conflict related events.

Some people believe that he predicted actual events, such as the death of Henry II, the French Revolution, the rise of Napoleon, the rise of Adolf Hitler, and the 9/11 attacks. Others say that all his prophecies are written in a vague manner and it is quite easy to match them to any events that have occurred.

You are probably wondering if any of his predictions referred to the year 2022. Ukraine -Russia military conflict, Covid-19 pandemic, Monkeypox, Avian Flue, climate changes are only some of events that we are facing this year. Many people fear the near future and try to find any signs, predictions and prophecies that can prepare us for what’s to come.

Well, there just so happen to be quatrains in Nostradamus’s prophecies regarding the year 2022. Some researchers explaining his predictions claim that current 2022 year is presented in very dark colors. Let’s try to find out what this really means.

Some interpreters say that year 2022 will bring us military conflict. First one has already started. They say also that there will be very high magnitude earthquake in North America leading to a great humanitarian crisis. They indicate that Covid-19 pandemic will be also responsible for global crisis, rising prices and a failing economy.

“No abbots, monks, no novices to learn; honey shall cost far more than candle-wax”

“So high the price of wheat, that man is stirred, his fellow man to eat in his despair”

His predictions speak to the death or disappearance of a political figure.

“The sudden death of the first character, he will be changed and they will put another in his kingdom.”

We can only presume who this person is and wait for course of events.

In his book we can find following the quatrain:

“Like the sun, the head will seal the shining sea. The live fish of the Black Sea will almost boil.”

Researchers believe that this is announcement of severe climate changes. Nostradamus also predicts that in the fall or winter we will witness 3 days of darkness. He continues to say that he saw snow covered mountains and the sign of a cross in the sky. Interpreters indicate that this can be forecast of the total blackout which will supposedly happen in 2022.

One of his other quatrains reflects our concerns regarding artificial intelligence.

“The Moon in the full of night over the high mountain /The new sage with a lone brain sees it /By his disciples invited to be immortal/Eyes to the south. Hands in bosoms, bodies in the fire.”

According to researches he wants to warn us that as AI develops, it can happen that one of them can become self-aware and take control of our lives and systems.

He predicted also that the Earth will be struck in 2022 by an asteroid, resulting in mass death. He talks about a great fire that will fall from the sky. Interpreters say that his prophecies also talk about the demise of European Community. We all know that currently the European Community is being put to the test by facing many problems including the war in the Ukraine or migration crisis.

He also wrote about cryptocurrency:

“The copies of gold and silver inflated/Which after the theft were thrown into the lake/At the discovery that all is exhausted and dissipated by the debt/All scripts and bonds will be wiped out,”.

Interpreters believe that this is a clear indication regarding the rise of cryptocurrency.

Regardless of our views on Nostradamus, we cannot deny that he was very interesting person living in 16th century. He knew that economical and technological development of the world will not lead us only to wealth and prosperity but will cause many problems and issues that can lead to extinction of the human race.

To summarize, Nostradamus prophecies for 2022 look very dark. As representative of the human race, I hope they will never fulfill.

Please join our discussion at www.bctalk.ca today and share your thoughts with others..

Old Growth Forests. Why Should we Protect Them?